Red Sea Diving is a truly unforgettable experience for diving lovers. Its fascinating beauty seduced thousands of visitors a year to come and fascinate by its unique combination of stunning scenery, spectacular marine life and heart-touching climate, under and above the water.

Blessed with a lot of historical wrecks underwater, warm clear water, various species and marine life are the main blessings to make Red Sea Diving the world’s best diving place ranking third in the world. The wealth of various land base and live aboard packages increases reasons to make plan for holidays. An infinity marine life of Red Sea attracts divers from all around the world to come and enjoy its warm clear water with a lot of underwater species. Red Sea diving destination is renowned diving region around the world and very close to UK divers, to approach their desired destination at just a short flight. Red Sea offer its lovers to come at any season because of its water clarity and sunshine at every season around the year, makes possible to give a chance to dive in their magical world.

Divers and snorkelers can expe

rience over 200 different types of spectrum invertebrates of hard or soft coral reefs and hundreds of underwater species. This marine life is a combination of couples of drop-off, wrecks, canyons and topography for dramatic walls under the Red Sea.

The Red Sea is a base for amazing marine life, coral reefs, and a variety of different species underwater, sharks, dolphins, dugong and pelagic fishes, called the home of best Red Sea diving sites.The Red Sea can be divided geographically by two major parts from North to South of Egypt for more reasons.

With fascinating the most amazing sea-species and underwater environment in vast expanses of Egypt desert, surrounded by giants red mountains, The Red Sea is the most popular site with a lot of resorts and world class diving or snorkeling areas with liveaboat opportunities. It is as interesting as its unique beauty; Red sea includes the most popular destinations such as Sharm-El-Sheikh, Dahab and Hurghada. Sharm-el-Sheikh is one of the most popular destinations famous for its amazing wreck diving that should be called the world’s best wreck diving destination. Hurghada considered the second one most famous diving destination which is offering wondrous wreck diving with four amazing wrecks to explore under the Red Sea, as well as offering good conditions to learn Scuba diving. Dahab come at third position but not less with its chilled atmosphere. It is famous for the worldwide attractive destination of Dahab Blue Hole, splendid with beautiful sceneries in north.

Southern Red Sea is less crowded than north, most of the divers come there to find out the best scuba diving. Marsa Alam is the most famous gateway to observe the best features among its most popular routes like Elphinestone, Brothers, St.Johan’s reefs and Daedalus. While the Elphinestone famous for its challenging drift dives and St.Johan’s reef famous for its Zabargad and for rocky islands. You can experience to encounter the many of rare species of Red Sea like Whitetipshark, Hammerhead shark and various reef sharks. Abu Dabab is another opportunity to meet with rare but dangerous Dugong and giant Green sea turtles.

From about the Second World War, Red Sea Egypt is the world’s first class diving destination, also famous for its main wreck diving destinations. Undoubtedly, the most relating to this is the wreck of Thistlegorm, who was attacked by Germans. Now! Today it’s splendid almost 100 feet and its split hull indicated the wartime through the wreck treasure such as motorbikes, armored vehicles and different sort of weapons used in war.

Just at the north of Red Sea, Hurghada lays the reef of Abu Nuhas. This reef has treacherous shoals which reveals to having many ships over centuries. The whole Red Sea wrecks having its own unique history, fascinates the tourists around the world. For many of divers and snorkelers, Red Sea diving is a God gifted opportunity to be fascinating by its underwater world’s charismatic species. During the summer days, plankton blooms under red sea, the balletic manta rays and whale, known as the largest fish of the world that attracts the divers.

The warm summer days are also come with a bloom to the scalloped hammerhead shark.

The southern reefs like Elphinestone, Brothers and Daedalus provides the great opportunities for shark lovers to swim with elusive whitetip shark.

All of these species of sharks have unpredictable reputation of their behavior but if you are diving with your professional guide divers, it is possible to encounter these dangerous species in their own atmosphere.

Red Sea has a plenty of opportunities for those who have non-diving friends or family because there are a lot of land-base dive resorts to enjoy. However, while there are plenty of land-base liveaboard but still Egypt got the first level of having the most in demand liveabored industry and obviously its Red Sea? As well as having a great place for serious Red Sea divers, it offers dive boats for those who want to dive in (or under) water, as you can afford the variety of dive-sites.

Nothing wrong, if somebody says, Red Sea diving is a great place for divers and snorkelers but it’s not just a diving place. The people, who want ‘the more’ south of Red Sea reveals spectacular historical landscapes too. You will rarely find the combination of a lot of varieties at a same place like desert, sea and mountains. Offering to surf your great time in-between those and have a lot of adventures. You can enjoy many scenic trips with your guides to their local places like Shalatin tribal, Edfu, cultural tours, Nile and Luxor. 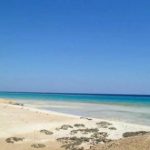