Best fast-food restaurants in Cairo this is what we’re going to know a lot of information about these restaurants through this digital report from the FTS press.

Numerous visitors come to Cairo to encounter a city rich in history, and yet they can’t simply ignore the city’s rapidly growing gastronomic scenery. Thousands of eating establishments, shifting from traditional Egyptian to Italian, French, Indian, as well as Lebanese, have a home inside the city boundaries, bringing cuisines from all over the world. Where would a 1st food lover start with so many options? Here’s a taste of some of Best fast-food restaurants in Cairo. Just make sure to come hungry! One of Cairo’s most popular fast-food restaurants. Its massive red sign and the never-ending crowds at lunch break are unmistakable. These eateries can be discovered on Pyramids Street all through downtown. The fast-food restaurants in Cairo offer two kinds of services: take-out and a walk-in neighborhood in which you can eat. Restaurant halls are typically located on the second floor, with the entrance hidden behind meal counters. The eatery serves a wide range of Egyptian dishes at affordable prices, and the menu is accessible in both English and Arabic.

All food is cooked clean next to your eyes, as well as you will not have to wait too long. Vegetarians could also find all kinds of dishes, and the sections are generous. Abou Tarek in downtown Cairo has the best fresh koshary on your Egypt trip. Abou Tarek has been going to feed hungry residents and visitors since 1950 and it has been showcased on CNN. They are now famous throughout the world for their order to prepare the legendary dish. Koshary (or kushari), a traditional Egyptian formula since the late nineteenth century, is a combination of rice, macaroni, as well as lentils topped with a chunky, though rather spicy, sauce as well as garnished with chickpeas & crispy onions. For extra heat, drizzle with garlic vinegar or chili sauce. This ready meal restaurant is located at the end of Pyramids Street, extra specifically at the foot of the pyramids (one of its branches). Despite it having an oriental-themed walk-in region, the location is renowned as a snack bar where you would grab a quick bite of conventional sandwiches with ful’ and tamiya (beans and falafel), hawawshi, shawarma, potatoes, as well as other items. Prices are very appealing and able to compete, especially given that the restaurant is well-known both among residents and among visitors.

This famous Zamalek place, adorned in brass but also mirrors, has already been serving Cairo’s best thin-crust pizzas since 1912. The pizzas aren’t Italian or American, but instead have an Egyptian spin, imbued with flavor and texture, that makes each pizza unlike any you’ve ever had. The Margherita is a crowd favorite, but the funghi, pastrami, as well as four-cheese pizzas, are also delicious. Begin with the Baltic salad (smoked salmon, baked potatoes, boiled eggs, finely chopped onions, capers, oil but also vinegar) and end with a decadent eclair or chocolate mousse. Yum. Tom and Basal The restaurant’s name translates as “garlic and onion,” which might also give a false impression about the food being served. Conventional pizza and crepes with various fillings, as well as traditional Egyptian koshari, are available in this cozy setting. Fasahet Somaya, one of downtown’s first post-revolutionary pioneers, serves authentic Egyptian cuisine straight from a grandmother’s kitchen. Somaya, the restaurant’s owner as well as chef, bases her menu on provincial and seasonal ingredients, serving only a few dishes each day. The eatery, which is designed to house in small quarters, is only accessible from 5 p.m. to 7 p.m. and, of course, has limited room, so show up early. You’ll believe as if you’re having a meal at the home of a great buddy who wants to put her heart and spirit into every bite. Please remember that the menu changes every day; feel welcome to withdraw by and inquire, “What’s for dinner tonight?” Even be fully cognizant that there is no English signage at the entrance. Koshary El Tahrir Is a well-known and well-known chain of Koshari eateries that can be discovered throughout Cairo and are easily identified by their green sign. What exactly is Koshari? It consists of a variety of kinds of pasta, rice, black lentils, khomus, fried onions, and tomato sauce. A big plus is that you might make the right choices goes on your plate once you purchase. If you don’t like someone, just leave it out.

Thai cuisine in Cairo? Yes, you will be welcomed with a refreshing drink and an array of gourmet Thai dishes such as tom yum, green curry, as well as shrimp konafa at Birdcage. Whether you’re unsure, go for the ‘Degustation’ menu, which includes a sampling of appetizers, main courses, and desserts. Even though the menu does not emphasize vegetables, the chef is happy to start preparing vegan and vegetarian plates upon invitation. Birdcage, located in the Intercontinental Hotel, has a serene setup and therefore is perfect for a romantic evening out for two or a quiet food with good friends. Niema is Another quick food place that serves sandwiches with chips, beans, as well as falafel. Aguza’s El Nil street is where you’ll find it. Traditional Egyptian sandwiches such as Ful’ and Tameya are available here (beans and falafel) It’s challenging to find a quiet place in Khan El Khalili, the Middle East’s presumably oldest souk, and yet courageous the throngs of people and you’ll unwind (and eat well) at this delightful Egyptian eatery in Old Cairo devoted to and given the name after the great Pulitzer Prize-winning writer. Sit for a stuffing multi-course meal, or if food shopping is your primary concern, a fast sandwich or snack would then suffice. Hummus, lentil soup, hawawshi, & stuffed pigeon are on the menu, as is risotto flavored with cinnamon as well as raisins and topped with nuts. The provider is among the kindest in Cairo, and there is live music to boot. Naguib Mahfouz is a must-see on any journey to Egypt. El Shabrawi Some other fast-food chains. A red symbol with white letters can be seen from a long distance, as well as queues for sandwiches are the finest measure of goods and low prices in Cairo. Sandwiches with meat, chicken, shawarma, fried potatoes, as well as other Egyptian favorites are available. They are not truly fast food places, but rather takeaway shops that sell a specific product. These fast-food restaurants serve traditional Egyptian milk-based sweets and also milk products. Will, indeed you try buffalo milk if you had the chance? In Egypt, it is incredibly popular. It is an ideal location to sample traditional Egyptian desserts such as Om Ali, Cream Caramel, Rose bel laban (rise pudding), Buspusa with cream, and many others. This Lebanese eatery, located in the Royal Maxim Palace Kempinski, serves a variety of Middle Eastern favorites, as well as shisha and musical performances. Begin your dinner with babaghanoug or kibbeh (grilled chopped eggplant, bell peppers, onion, lemon, and olive oil) (fried crushed wheat and pine nuts stuffed with minced lamb and mint). Then, for the main course, choose between 7-spice beef strip loin shish kebab or samaka harra (grilled seabass with hot tomato sauce and grilled vegetables). Despite the menu settings focusing on meat, vegans could indeed fill up on mezze plates like grilled halloumi and spinach fatayer. On some nights time, ballroom dancing is standard fare, making sure a major culture and Middle Eastern expertise.

Going to discriminate diners from all over the world flock to this upmarket French restaurant for the scrumptious steak as well as the beautiful scenery of the Nile River. Carnivores will be unable to fight back the properly cooked Australian Wagyu beef, Chateaubriand, and Côte de boeuf. The oven-baked bone marrow, as well as the signature pan-fried foie gras with brined figs, apricots, as well as pine nuts, are two must-try appetizers. Seafood lovers can’t miss the king salmon steak or the lobster tail, which can be produced steam, grilled, Thermidor-styled, or curry-styled. The pastry trolley provides sugary delights well valued for the morbidly obese and calories – for a big finale, try crepes Suzette or sabayon.

Don’t be tricked by the shopping center location; there’s a rationale Indira is ranked highly as Cairo’s best Indian eatery. Chef Vikram’s homemade sauces have received widespread acclaim. Indira, in reality, went on to win Cairo 360’s Editor’s Choice award for the second year in a row. Customers rave about the butter chicken, lamb curry, as well as shrimp biryani, and the enticing (and trying to fill) melt-in-your-mouth mozzarella nan. Indira is known for its outstanding provider in addition to its culinary prowess. Given the great food and hospitable people at Indira, it’s simple to see why this eatery is such an excellent value and a favorite of both citizens and visitors. 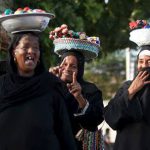 Nubians and their culture 2022information about egypt